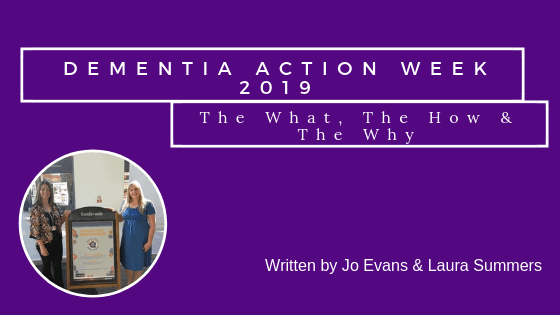 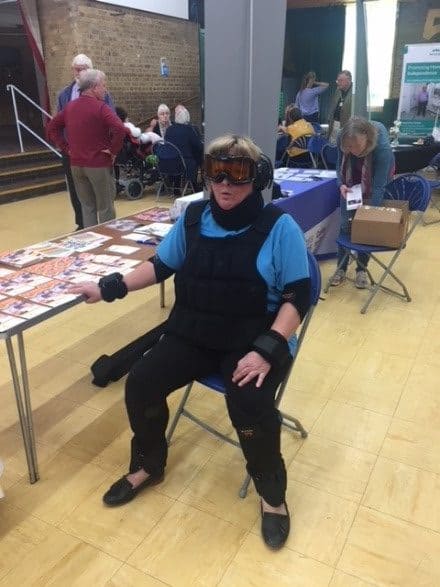 Wednesday 15th May, Dementia Action Week (DAW) started a week earlier when the Dartford and Gravesham Dementia Friendly Community (DFC) hosted an Information Roadshow at New Ash Green. The DFC aim to hold a series of these Roadshows throughout the year rather than just in DAW and aim to reach those people living in the rural areas surrounding Dartford and Gravesham who might not necessarily travel to the local towns. It was well attended and lots of local providers had marketplace stalls, the age suit was also tried by many and as a result will be used in the local Co-op’s in the area so they can work towards becoming more dementia friendly.Thursday 16th May, multiple award-winning school Oasis Academy Isle of Sheppey, held their Dementia Café for DAW a week early due to exams taking place at the school. As always it was very well attended with over 100 people including members of the community, local care homes, day centres and the Mayor of Swale was also in attendance. Two local primary schools performed, St Edwards and Queenborough Primary School, Kent Fire and Rescue were on hand to provide advice and guidance and a member of The Alzheimer’s Society. All in attendance had a really good time which was evidenced by the smiles and the amount that joined in by singing along to the amazing performances.

On Tuesday evening, 21st May, the students attended the Swale Mayor Making in Faversham. This was at the request of The Mayor so he can personally say thank you to the students for their dementia work. He felt that Dementia Week was an appropriate time to do this. The students do a lot of their dementia work in their own time and they are now working with other schools so they can replicate their excellent work.

Monday 20th May, Faversham DAA had a stall in Faversham marketplace, there was a lot of interest from passers-by, great tombolo prizes and an amazing Instagram forget-me-not selfie frame. The stall will also be at the market on Thursday and Friday during Dementia Action Week.

Wednesday 22nd May, Herne Bay, Charlotte Parsons a Dementia Champion and Secretary of the Canterbury and Ashford DAA held a Dementia Friends Session at Age UK Herne Bay, she made 10 dementia friends including, Age UK’s Community Engagement Officer, KCC Volunteer Community Support Warden, a Dementia Outreach Worker at Whitstable Age UK Herne Bay and Whitstable and carers and loved ones of people living with Dementia. Feedback was very positive; one lady is considering becoming a Dementia Champion herself and as a result another gentleman would like to volunteer with dementia related charities in the local area. 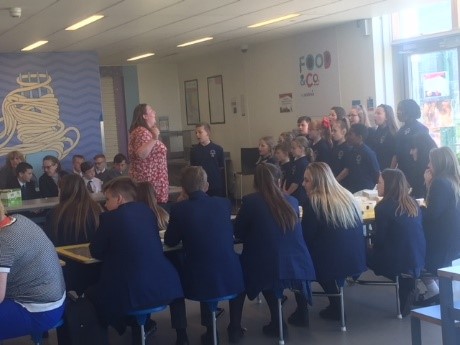 Thursday 23rd May, The Hartley Memory Café held a Forget-me-not event, it was very successful with many stalls selling lots of different items, breakfasts served and cream teas. Many guests in attendance and a lovely yarn bomb on trellis supplied by the local hardware shop. A singalong finished the day wonderfully.Maidstone

Building a Dementia Friendly Maidstone had an information stand on Fremlin Walk, Maidstone from Monday – Thursday of Dementia Action Week. We were supported by Kent Fire and Rescue Volunteers, Community Wardens, Brachers Solicitors, Whitehead Monckton Solicitors, Home Instead Senior Care, Garden of England Homecare and the Alzheimer’s Society. Fremlin Walk also were instrumental in making this a success. As well as raise awareness we shared local dementia friendly activities, offered advice and support to people who were concerned about developing dementia, those who knew someone with dementia and some who had been recently diagnosed.

We had several Dementia Friends Sessions in Maidstone during the week, which were well attended including two at Fremlin Walk where local retailers, restaurants, Fremlin Walk Security and Cleaning staff as well as members of the public became dementia friends. Work will continue to follow up with the retailers and restaurants who are keen to do moreTo keep up to date with our work on Dementia Friendly Communities follow us on Twitter @DFC_Kent 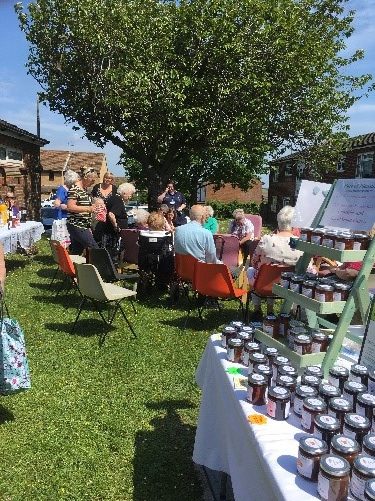